PJ Media’s senior columnist is also a professional comedian, and his wit shines through in this devastating commentary on the defeat of what he calls the “Democrats’ mad plan to turn the USA into USSR 2.0”  Although there’s nothing funny about the left’s attempt to federalize and fully control the votes of everyday Americans, “flying monkey” […]

On a predominantly party-line vote, the federal takeover of elections — and measures that would put vote integrity in jeopardy — was defeated in the U.S. Senate on January 19.  With Senators Joe Manchin (D-WV) and Kyrsten Sinema (D-AZ) fulfilling their promise not to override the filibuster, these liberal measures were soundly defeated. More from Breitbart.com

by Mac Warner WV Secretary of State Restoring confidence in our government begins with confidence in our elections. Election confidence has two main components: transparency and process.  Much of the recent focus has been on transparency over matters such as vote totals and legal challenges not heard by our courts. Some people point to recounts […]

Just the News: Blackwell on the ballot-busting clown car that is anything but funny

In a recent interview, Ken Blackwell (election integrity advocate and former Secretary of State of Ohio) pulled no punches in pulling the curtain back from the unilaterally-promoted bad ballot security measures proffered by liberals and their Democrat counterparts. Calling liberal vote policies “a crass power grab,” Blackwell calls for the common sense reforms promoted by […]

President Biden recently gave an address that included falsehoods about vote security. Instead of campaigning on policy and program, it appears Democrats would rather invent “voter suppression” when minority voting is at its highest and most impactful in our history. The truth is that liberals — through bypassing legislatures and promoting ballot measures that put […]

President Biden’s and Vice President Harris’s speech in Atlanta today was an insult to all Americans, especially those in the African American community. We were deeply involved in the wars that started and ended the Civil Rights movement in this country. The President and Vice President’s misguided insistence on the ignorant, false claim that America […] 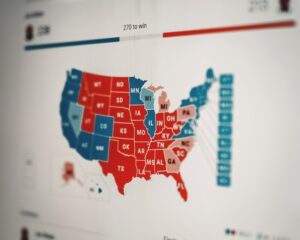 As Michelle Obama rallies the oppressive left to engage in vote activism, she is right about only one thing— Americans must vote “like our democracy depends on it.” Mrs. Obama recently launched a get-out-the-vote organization founded on falsehoods and disinformation as she continues to use the race card and accusations of non-existent voter suppression to […] 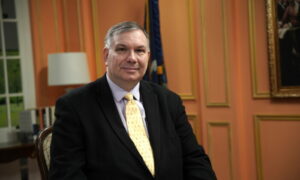 As journalist and author John Fund notes, event liberals at the Pew Research Center admit as many as 20% of current voter registrations are corrupted, Canada requires voter ID, most western countries don’t allow mailed ballots, and the husband of Epoch Times: The broad truth about U.S. election securityMrs. Obama who is now engaged in […]

In October, we previewed attorney and election integrity expert Cleta Mitchell’s brand new podcast discussing this key issue when it comes to how “we need to learn the lessons of 2020.” Mitchell has been continuing to have those conversations for months, though now she has Big Tech attempting to stand in her way. Recently, YouTube removed one […]

Fair, impartial judges are important advocates for election integrity and the protection of citizens’ votes. When a judicial nominee repeats a false liberal narrative that shows bias and avoidance of Constitutional law, red flags should blaze. Nancy Abudu, President Biden’s 11th circuit appellate nominee is a product of leftist advocacy groups and recently compared the […] 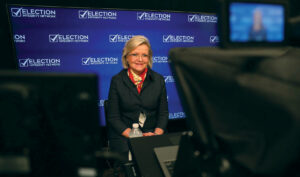 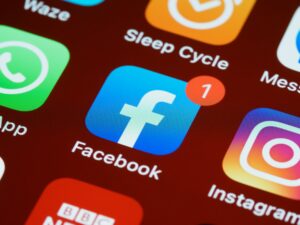 The American Conservative: Election integrity is lost when election officials become partisan turnout machines – see what happened in Wisconsin in 2020

An election official’s duty and responsibility is to ensure compliance with state election laws, administer the elections in a fair and unbiased manner, and maintain accurate voter rolls. Election officials are not to assist with partisan get-out-the-vote efforts, and certainly not to accept grants from private donors that steer the use of funds to liberal […]

News 6 Orlando: Every American should be an election integrity activist

As Thomas Jefferson accurately noted, “the price of liberty is eternal vigilance.” This includes citizen involvement in election integrity and reporting any irregularities. Recently in The Villages, Florida, an anonymous vote integrity activist reported voting discrepancies to the Secretary of State. Three individuals are now being investigated for allegedly voting in multiple jurisdictions. No matter […]

A big problem for ballot security (and one of the easiest to fix) are voters who are deceased or moved yet remain on voter rolls. Equally as problematic are liberal state officials who refuse to remove them while blocking lawful public access to this information. Under provisions contained in the National Voter Registration Act, the […]

NEW! How does your state rate on The Heritage Foundation Election Integrity Scorecard?

The Heritage Foundation has released a comprehensive Election Integrity Scorecard that rates every state and the District of Columbia on their election integrity laws and the status of election fairness and security in each state. This indispensable resource includes best practices that will help citizens, election officials and legislators to advocate for laws that make it easy […]

Common sense dictates that valid mailed ballots require valid signatures as an attestation that the voter really is the voter. Liberals have opposed these measures citing the procedure as some form of nonexistent voter suppression. In Arizona, Democrats also oppose measures to cure these ballots by a reasonable deadline — one that prevents a never-ending […] 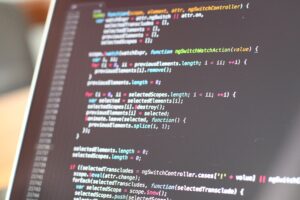 No transaction is more secure than one that is face-to-face. No civic duty is more important than voting. The intersection of these facts occurs during the voter registration process. Liberals are pushing for online registration, which leads to significant opportunities for fraud and abuse. As The Heritage Foundation’s election integrity expert Hans von Spakovsky notes, […]

Salisbury Post: No votes are suppressed due to race or gender in today’s America. Move on.

Not all wise policy observations come from “experts” and the pundit class; many are through every day  patriots who contribute their views to Letters to the Editor. Such is the case with Mrs. Renee Scheidt of North Carolina, whose observations on the state’s proposed election integrity laws include, “It’s past time to quit fussing about voter laws […]

The Washington Times: Michigan, where the dead really do vote

An easy way for the dishonest to cast a fraudulent ballot is to find the deceased on a voter list and cast a ballot in their name. A crime, a theft of a legitimate ballot, and morally reprehensible. It is imperative that every state ensure deceased citizens are removed from voter registration. According to the […]

The Federalist: The local camel’s nose pushing under the national election fraud tent

The left often lurches toward bad policy through baby steps, claiming, “it’s not THAT, it’s just THIS.” Although federal law is silent on allowing non-citizens to vote in local elections, some states block it in their constitutions, as liberal states and cities push it. As part of their incremental plan to give non-citizens full voting […]

The left plans to corrupt and control elections through frivolous lawsuits that falsely claim vote suppression. To do this, they must pass their new federal election laws (like H.R. 1 and its congressional cousins) that force states to bow to the feds to make any Constitutionally-protected state voting protocol changes. AND they need to create […]

Scott Rasmussen and other prominent pollsters have repeatedly asked Americans of every political party and racial group about common-sense election integrity measures such as providing identification to vote and safeguarding absentee ballots. In every poll, including this most recent survey, the great majority of all Americans support these measures despite Democrat-sponsored legislation to destroy reasonable […] 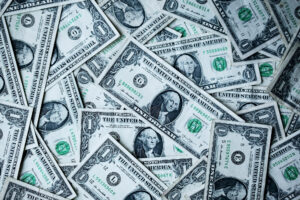 An analysis of tax documents makes it clear that election integrity proponents must pour sunshine on the left’s efforts to destroy the security of our votes.  The left’s corrupt mothership is Arabella Advisors and its attorney, Democrat’s top manipulator of our voting system, Marc Elias. Through Arabella and his cadre of downline radical leftist activists, Elias […]